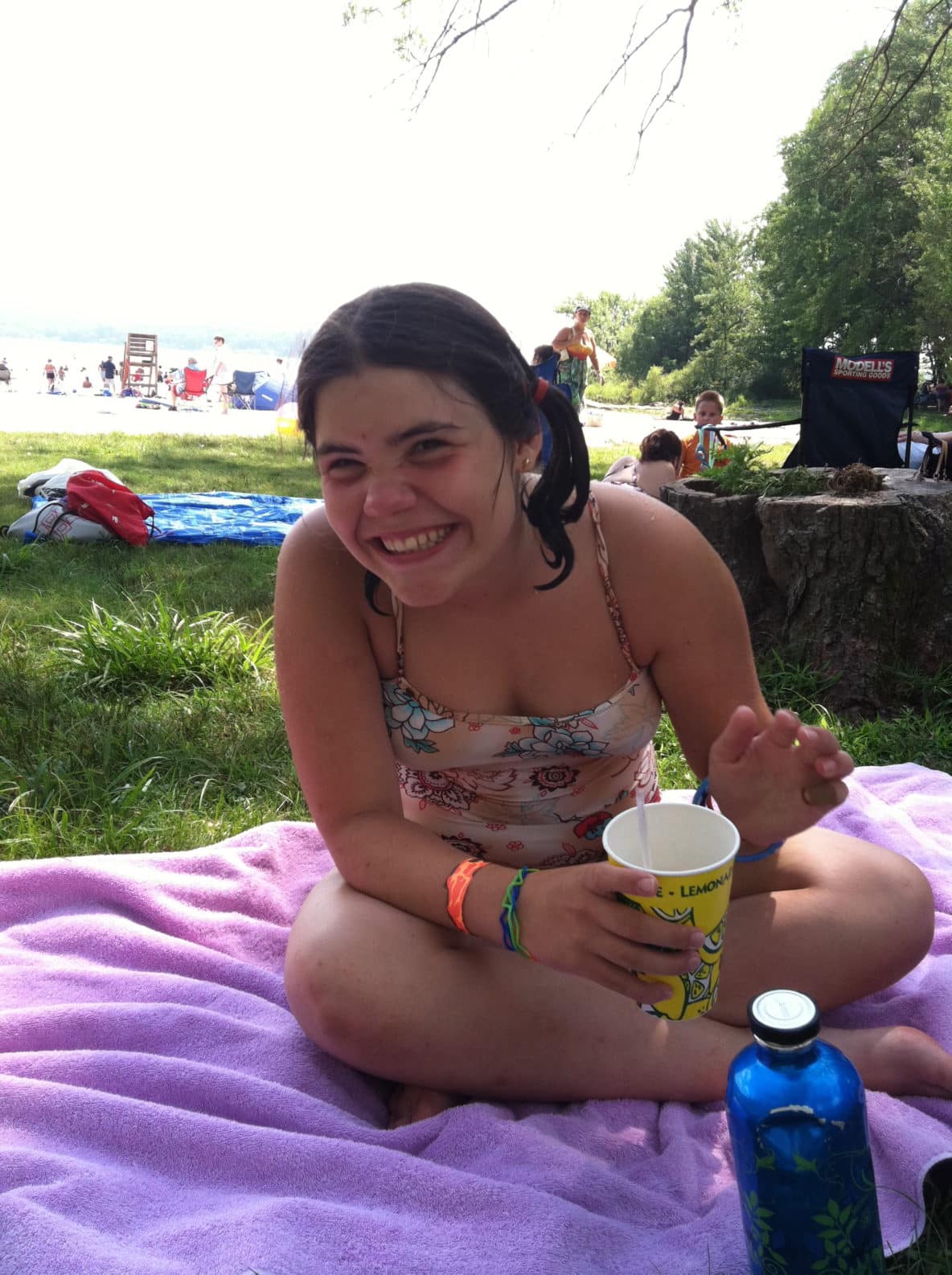 Isabella would be at camp for nearly four weeks when visiting day finally arrived. I had prepared for this day practically from the day that she had left for camp. I marked it in my calendar (paper for me). I started a pile of items to bring to her at camp. I pleaded with Victoria’s conservatory to allow her to leave for the weekend, so she could join use on the visit (The answer was no, unfortunately.) I informed Zachary that he would need to awaken before noon the morning of the visit. I had evidently done everything except read “the literature” thoroughly.

The day prior to the visit, which happened to be 115 with the heat index, I journeyed to Rockaway Beach with my BFF Kathleen. Upon arrival, we ate at Rockaway Taco on the boardwalk and then went in the murky water for a dip. It was surprisingly cool under our Marimeko umbrella, so Kathleen took a nap. I scanned my phone and noticed a missed call from a 570 number. Panic ensued — 570 was the area code of Isabella’s camp. I had had a nightmare that I missed visiting day! Was it happening? My head began to spin.

The message went something like this: “Laura, no emergency. You indicated on the form that you would pick up Isabella at 1 pm and she has been waiting for you.” Click. I called. I had not missed visiting day, but we had indicated on the form that we would pick up Isabella at 1 pm. That was an option? Yes, parents have been picking up their children since 10 am. What? The response went something like this: “You obviously did not read the literature.” If it were a Woody Allen movie, the unspoken would say: “Bad mommy.”

I got on the phone and found a hotel nearby. Kathleen and I quickly packed up our gear. I called my husband Stephen and asked him to call the camp to say that we would pick up Isabella at 9 pm. There was an hour wait at the Hudson River crossings to get home to pick up the rest of the family. Then, I accidentally called the camp. The conversation on the camp’s end went something like this: “I already told Isabella that I made a mistake and that you are coming tomorrow. She’s fine and looking forward to the dance tonight. Why bother if all you are going to do is check into a hotel and go to sleep!” (That was a rhetorical question.)  My response: “But I’m not okay.” The camp director: “Well, that’s your problem.” Ouch.

Next stop: a bottle of Prosecco.

The next day, we were the first family to arrive (that has never happened). We waited for Isabella. When she spotted us, she ran down the steps and cried. I cried. I think my husband may have cried, too. We were happy to see one another and had missed each other a lot. She loved camp. She assured us that she could make it another three weeks.

The four of us got in the car and drove to a nearby lake. Though we are an ocean family, we really did not care where we were. We were happy to be with Isabella — even if only for four short hours. (It felt like a generous prison visit, though I have never visited anyone in the joint.) We gave her a choice between a boat ride or dinner. As she is my child, she chose dinner. We sped 30 minutes away to Bar Louis in Milford. It was a lovely afternoon.

After dropping her off at her cabin, we met with the director. At that point, my tail was no longer between my legs. (I had avoided her on the pick-up.) We were planning to pick up Isabella on the last day of camp. I wrote in my calendar. Just in case, I inquired about the date. It was the day before the date that I had written. Um, once again my mother was right — reading the directions is very important.