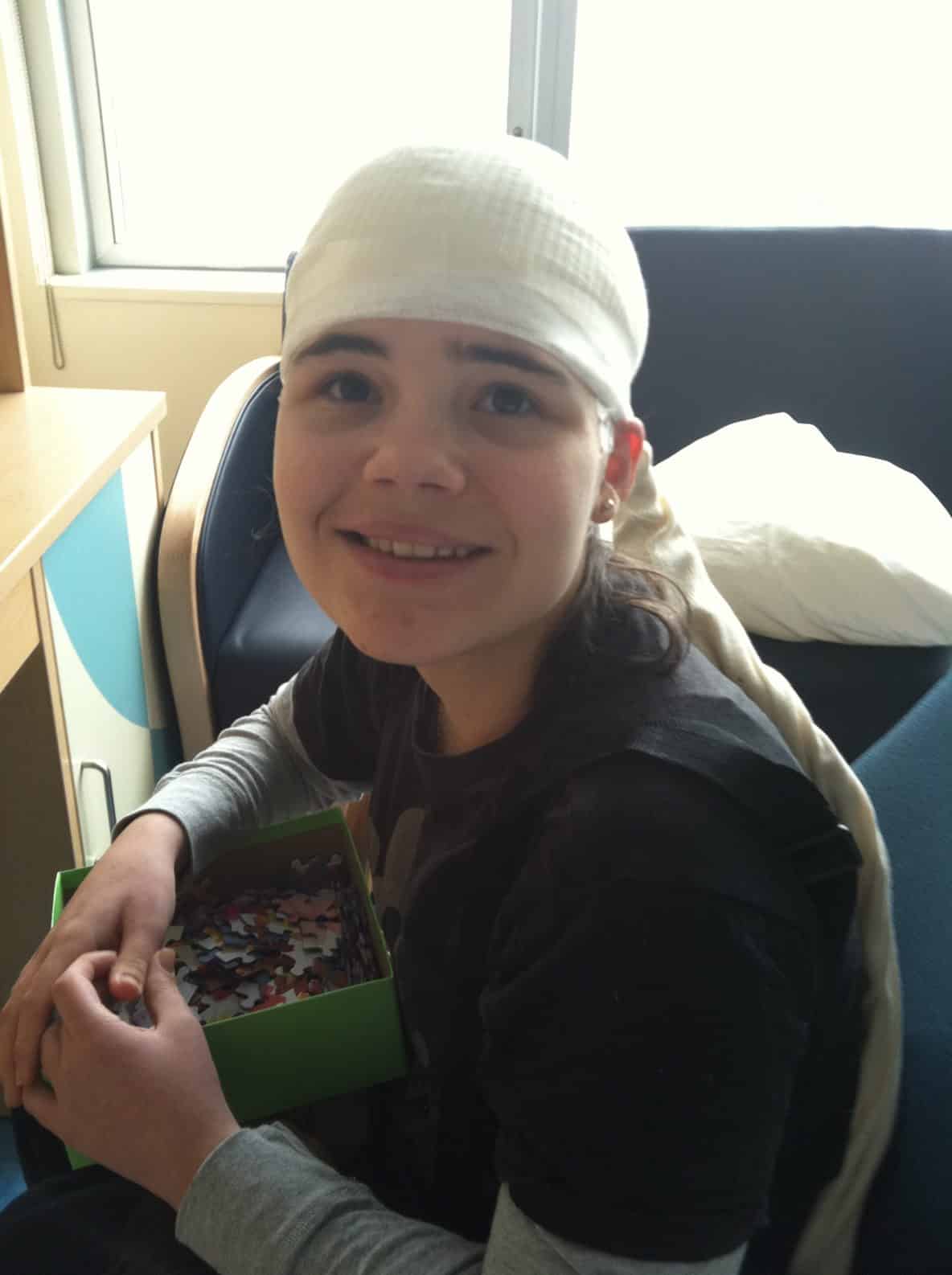 Hospital stays are not fun, mostly because of the look on the parents’ faces. Of course, the children don’t look their best, but we expect that. The parents are so spent, eating pastries from the cart and sandwiches that foodservice brings around. Sleeping on those fold-out chairs is not restful…neither is the beeping that is happening as your child’s beside.

Fortunately, Isabella has only been in the hospital for an emergency once and that was a long time ago (though I can recall every detail quite clearly). More recently, I accompanied Isabella to overnights for EEGs. The electrodes pasted to her head are very scary looking. The gauze and subsequent cap to cover the gauze made her resemble a cancer patient. Either way, she looked very vulnerable…and not in a good way. That’s where the parental stress enters.

The three days that I spent in the hospital at two different stays were uneventful (thankfully). We woke at 6 — it’s noisy in hospitals. A really nice nurse brought me coffee daily with about 10 sugar packets on the side. I went downstairs to buy the Times. We waited for Isabella’s breakfast to see if dietary remembered that it was gluten-free. It arrived; she ate it. I read the paper. We tried to wait until after lunch to turn on the TV. Isabella almost made it. After about 2 hours of TV, I napped. I woke, went outside to walk around the hood — not particularly invigorating.

At some point the PA conferred with doctor to inform me that Isabella’s right and left side were not identical. Okay. Perhaps, she had some damage to the right side of her brain. Okay. Is that it? Any idea when this happened? Is there anything that can be done? Does this explain anything? Well, apparently this left side/right side abberation was not particularly significant. When Isabella was discharged, we were informed that she had no seizures (that’s good). What’s up with the left side/right side thing?

The hospital stay and discussion with the doctor offered zero information, really. I left tired. I came home and slept. It took two days to remove the glue from Isabella’s hair. How long with it take for someone to tell me about the left side/right side thing?